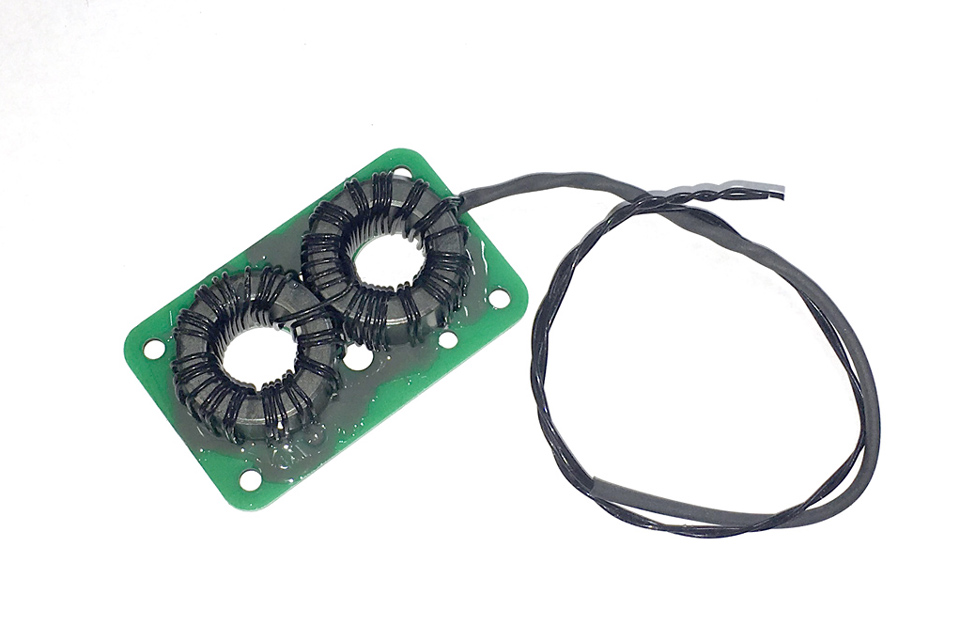 How are Current Transformers Used in Tesla Coils?

Before we begin, let's first understand the need for current transformers in modern day double resonant solid state Tesla coils (DRSSTCs).  Current transformers are required to sense current in the primary circuit and is used by a DRSSTC controller in the following ways:

In each of the above cases, it is typical to use a current transformer with an effective turns ratio of 1000:1.  This means, that with 1000A of sensed current, a resultant 1A of current would be induced in the output winding.

What is a Cascaded Current Transformer?

A cascaded current transformer provides an easy way to measure extremely high peak currents, typically over 1000 amps, in your Tesla coil primary circuit without requiring the tedious task of winding over a 1000 turns on a single core.  I mean after all, who has 3 hours of spare time to sit around and wind 1000 turns of wire on a single ferrite core.  However, with a cascaded current transformer, one can use two cores cascaded together to create the same current turns ratio using only a fraction of the turns required per core.

How Does a Cascaded Current Transformer Work?

With a conventional single core current transformer, the effective turns ratio is equivalent to the following:

This means, that if there are 1000 turns of wire on the core, then 1000A of current passing through the core will induce 1A of current in the output winding of the core as shown below:

Looking at the above equation, it is very easy to see that one can obtain nearly the same 1000:1 effective turns ratio as the single core current transformer but in this instance only requiring 32 turns per core.

Winding 64 total turns across two cores is much more manageable than winding 1000 turns on a single core.

Building your Own Cascaded Current Transformer

For a 77-1 core, start with a 7 foot length of 24 AWG wire.  For a larger 5000-1 core, start with an 8 foot length of 24 AWG wire.  Begin by winding 32 turns of wire evenly spaced on the first core.  You want the windings to be roughly centered on the piece of wire, so leave about 12" of extra wire before you begin winding the core.  When you are finished winding the first core, repeat the same 32 turn winding on the second core.  You will be left with two wound cores as shown in the image below.  I have used two separate colors for photographic purposes only. 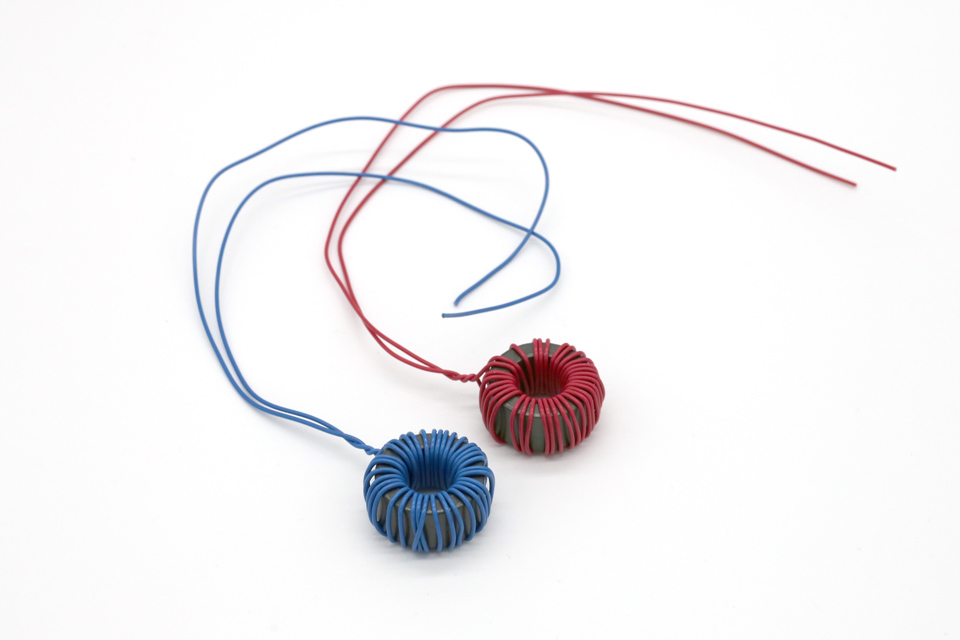 The next step, as shown in the image below, is to pass the winding of the first core through the middle of the second core and electrically connect the ends of that winding by soldering it together.  When finished, use an adhesive or epoxy to attach the cores together end-to-end.  Finally, leave at least 12" of winding length on the second core to connect to your DRSSTC controller or other current sensing device.  Be sure to twist the two ends of the final winding together to minimize inductance. 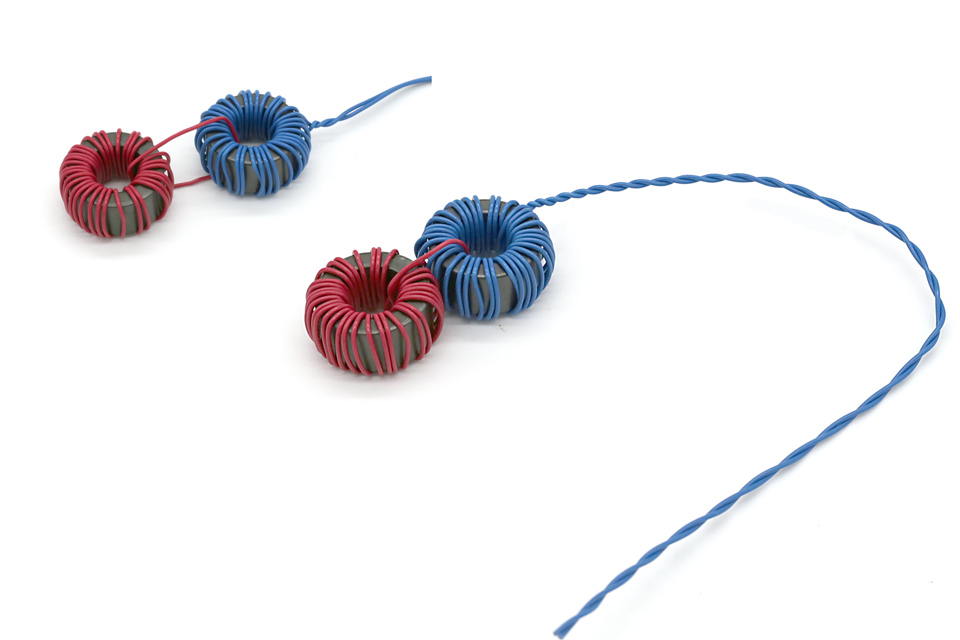 For a typical DRSSTC Tesla coil, two of these 1024:1 cascaded transformers would be used - one for current feedback, and one for over current sensing.  For the largest high power DRSSTC Tesla coils, it is recommended to use a three-way cascaded current transformer using a single 5000-1 core and two 77-1 cores.  This arrangement will be covered in a future instructional article.